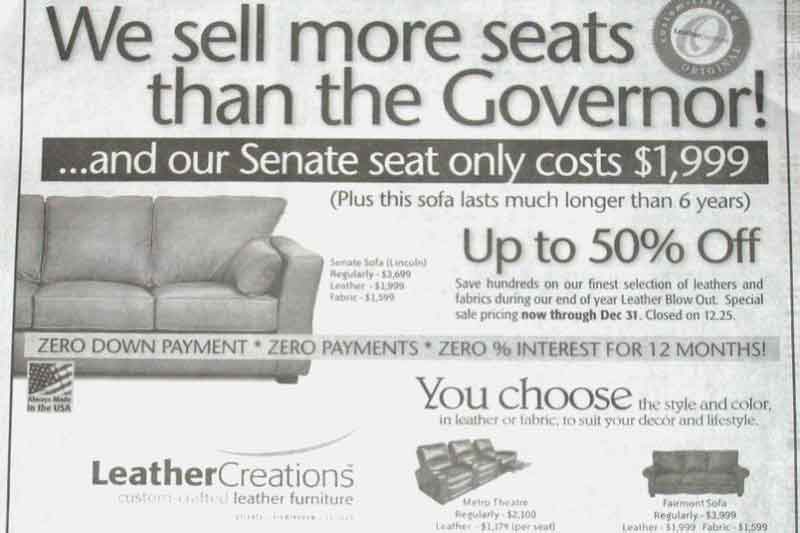 Saw this story over at 37Signals and had to pounce on it for an object lesson. Every now and then, you get an opportunity for inspiration, but it has to be timely or it’s going to fold.

So, the back-story: In the United States, Barack Obama just got elected President… yes, you know that, but let’s move along… so he’ll be vacating his US Senate seat, and the responsibility to find his replacement falls to Illinois governor Rod Blagojevich. Whom, you might not have heard, blatantly solicited for a bribe to appoint somebody, effectively putting the seat up for sale to the highest bidder.

Now you understand the newspaper ad published by Leather Creations Furniture. Smart, and timely! And it’s not at all controversial like most political humor, since Blagojevich has been arrested and is not only admitting to it, but is rather, ah… non-repentant about it.

Just a tip for you savvy web marketers – look around you, pay attention to what’s on the public’s mind, and pounce on it for your marketing strategy.